HE Sherpa spoke about the importance of tourism for Nepal and the contribution of the tourism sector to the country’s economy. The two also discussed about various collaborative possibilities between UNWTO and the Embassy of Nepal in Spain to promote Nepal as a tourism destination among Spaniards.

During the meeting, Mr. Shanzhong urged for Nepal’s pro-active participation in the forthcoming 32nd joint meeting of the Regional Commissions for Asia Pacific and South Asia in Sri Lanka, in June this year. He expressed UNWTO’s willingness to assist with the ongoing National Tourism Strategy Plan, aligning it closer to the Sustainable Development Goals agendas.

HE Sherpa also briefed Mr. Shanzhong on the climate conference Sagarmatha Sambaad being held in Kathmandu in April. She presented the invitation letter for HE. Mr. Zurab Pololikashvili, the Secretary General of UNWTO, to Mr. Shanzhong. Appreciating the concept of Sagarmatha Sambad, he expressed his best wishes for the event’s success and he will soon confirm about UNWTO’s participation in it. 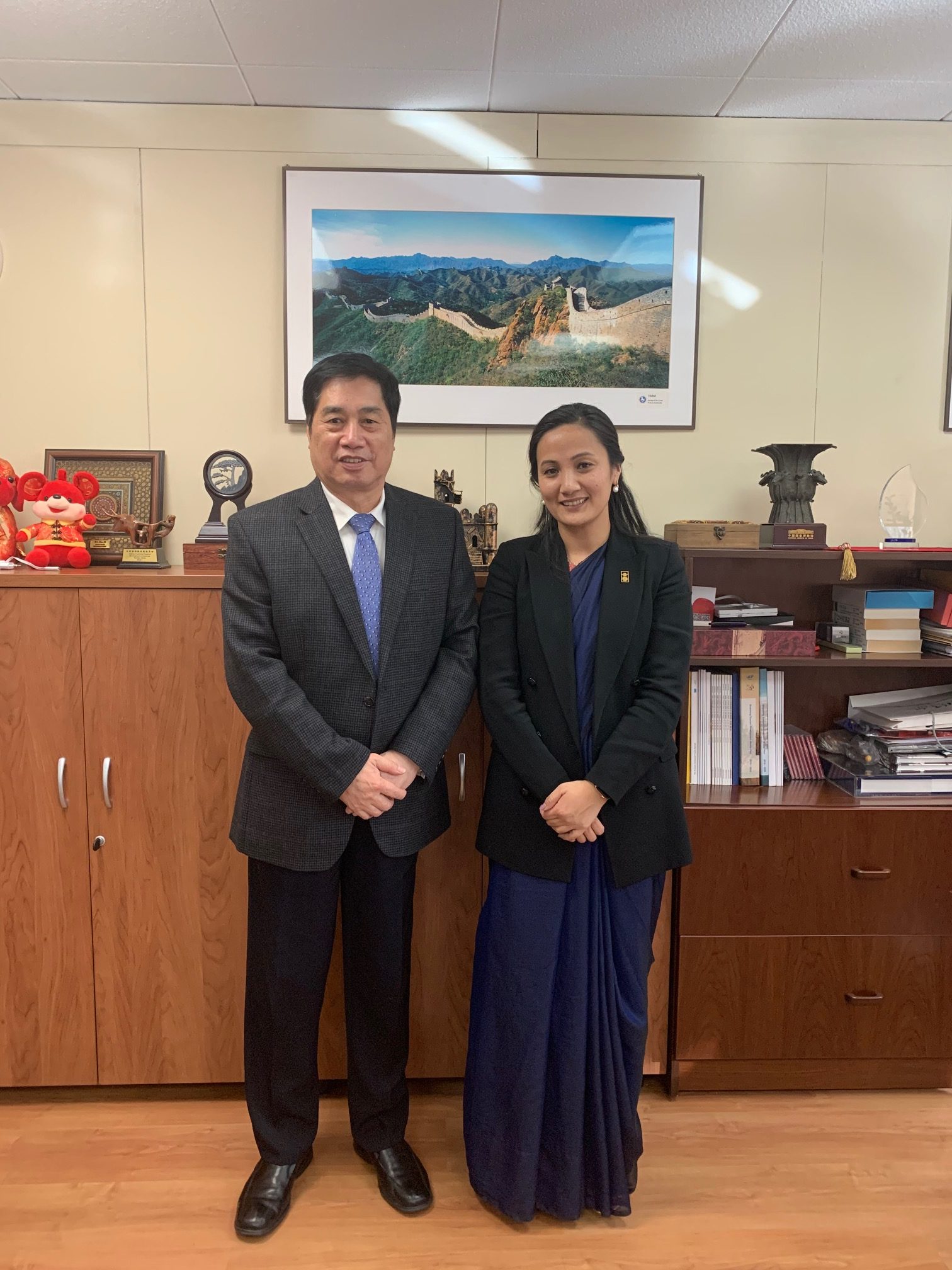 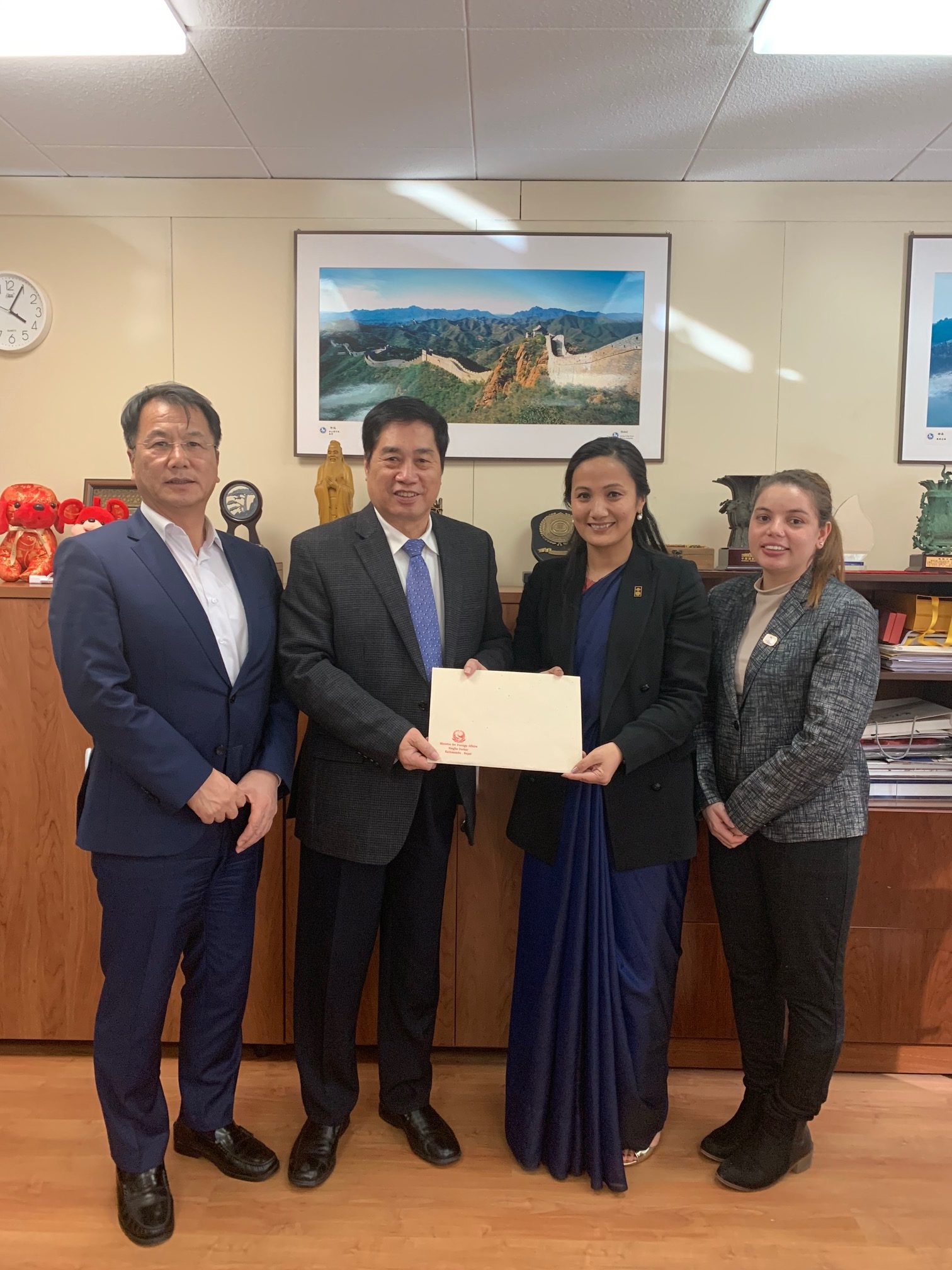