Ambassador/Permanent Representative of Nepal to the Kingdom of Spain, Her Excellency Ms. Dawa Futi Sherpa, presented her credentials to the Secretary General of United Nations World Tourism Organization (UNWTO), His Excellency Mr. Zurab Pololikashvili in a function organized at the organization.

Following the credential ceremony, Ambassador Sherpa conveyed Nepal’s full support to UNWTO and emphasized the significant role of the organization to revamp the global tourism sector affected by the COVID-19 pandemic. Ambassador Sherpa also appreciated Secretary General Pololikashvili’s vision for the ‘restart and rethink’ of tourism, expressing its relevance to Nepal.

Congratulating Ambassador Sherpa on being accredited to UNWTO, Secretary General Pololikashvili expressed his satisfaction with which UNWTO was able to carry on activities in Nepal. He also assured of UNWTO’s continued assistance to Nepal in different areas of tourism sectors.

The two also discussed about various potential collaborative areas between the Embassy of Nepal in Madrid and the UNWTO to promote Nepal as a tourism destination.

Ambassador Sherpa also congratulated Secretary-General Pololikashvili on his re-election for his second term. The latter took over as Secretary-General in 2018 after being elected by the 22nd session of UNWTO General Assembly.

Chief of Member Relations of UNWTO Mr.Beka Jakeli, Director of Regional Department for Asia and the Pacific of UNWTO Mr. Harry Hwang, and Second Secretary from the Embassy of Nepal in Madrid Mr. Arjun Adhikari were also present at the ceremony. 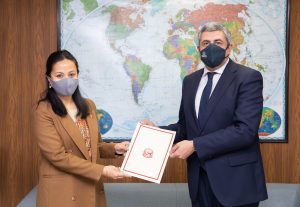 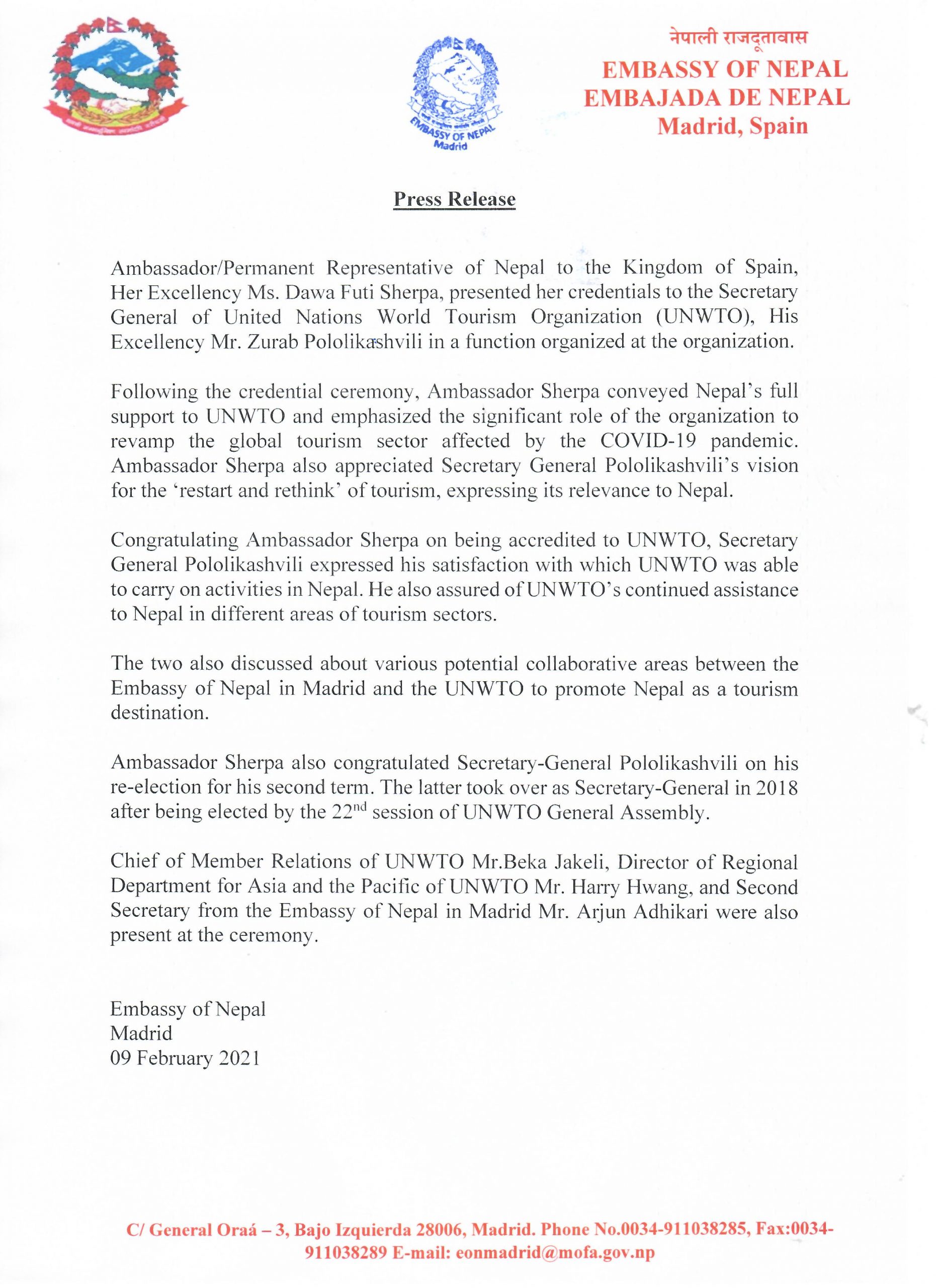