The two expressed satisfaction over the friendly and cordial relationship that existed between the two countries and agreed on the need to further elevate the bilateral relationships. Both expressed deepest condolences and sympathies to the lives of people lost of both countries due to the COVID-19 pandemic. They both agreed on the need of solidarity among nations to fight against this virus. They emphasized on the need to strengthen multilateral institutions to combat these kinds of transnational issues.

Rt. Hon. Chairperson Mr. Timilsina talked about the importance of frequent exchanges of high-level visits to elevate the bilateral relationship between Nepal and Spain to newer heights. He thanked the Spanish government for its role in COVAX system to which Nepal is also a beneficiary party. The Rt. Hon. Chairperson appreciated the steps taken by the Spanish government to combat the virus and hoped that the virus will be brought under control soon.

The Rt. Hon. Chairperson shared the COVID-19 status of Nepal, and also the vaccination campaign undertaken by the Government of Nepal in its fight against the virus. He thanked the Spanish government for it’s support provided to the Nepali Diaspora living in Spain during this testing times. He emphasized the role of people-to-people level contacts in elevating the bilateral relationship between the two countries, as showcased by the ten thousand Nepal Diaspora living in Spain and the large number of Spanish tourists visiting Nepal every year.
The Rt. Hon. Chairperson informed H.E. Ms. Cuenca about the master plan of the Government of Nepal to promote Lumbini as the International Peace Centre. He praised the conference held at the Extremadura for world peace and prosperity, and hoped that the establishment of Lumbini Garden in Extremadura will further enhance the cultural ties between the two countries.
H.E. Ms. Cuenca expressed her belief that the frequency of communications between the Senate of Spain and National Assembly of Nepal should be increased. She also expressed her view on the need to better utilize technology for communication purposes between the two countries in these hard times.

The two agreed on the need of exchanges of parliamentary practices between the two countries.

The Rt. Hon. Chairperson Mr. Timilsina invited H.E. Ms. Cuenca to visit Nepal at an appropriate time in the near future. He also thanked her for the warm hospitality accorded to him and his delegation during the meeting. 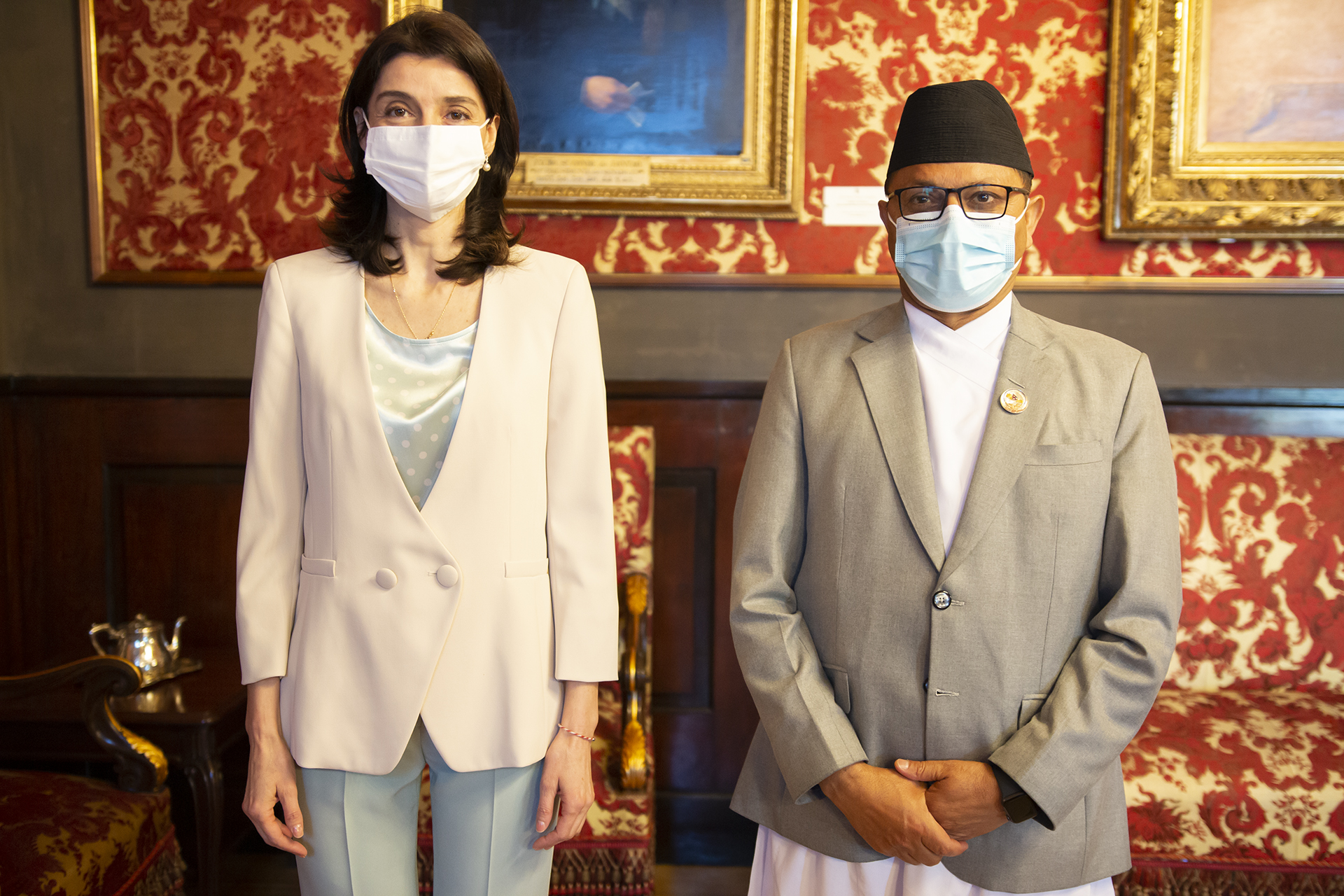 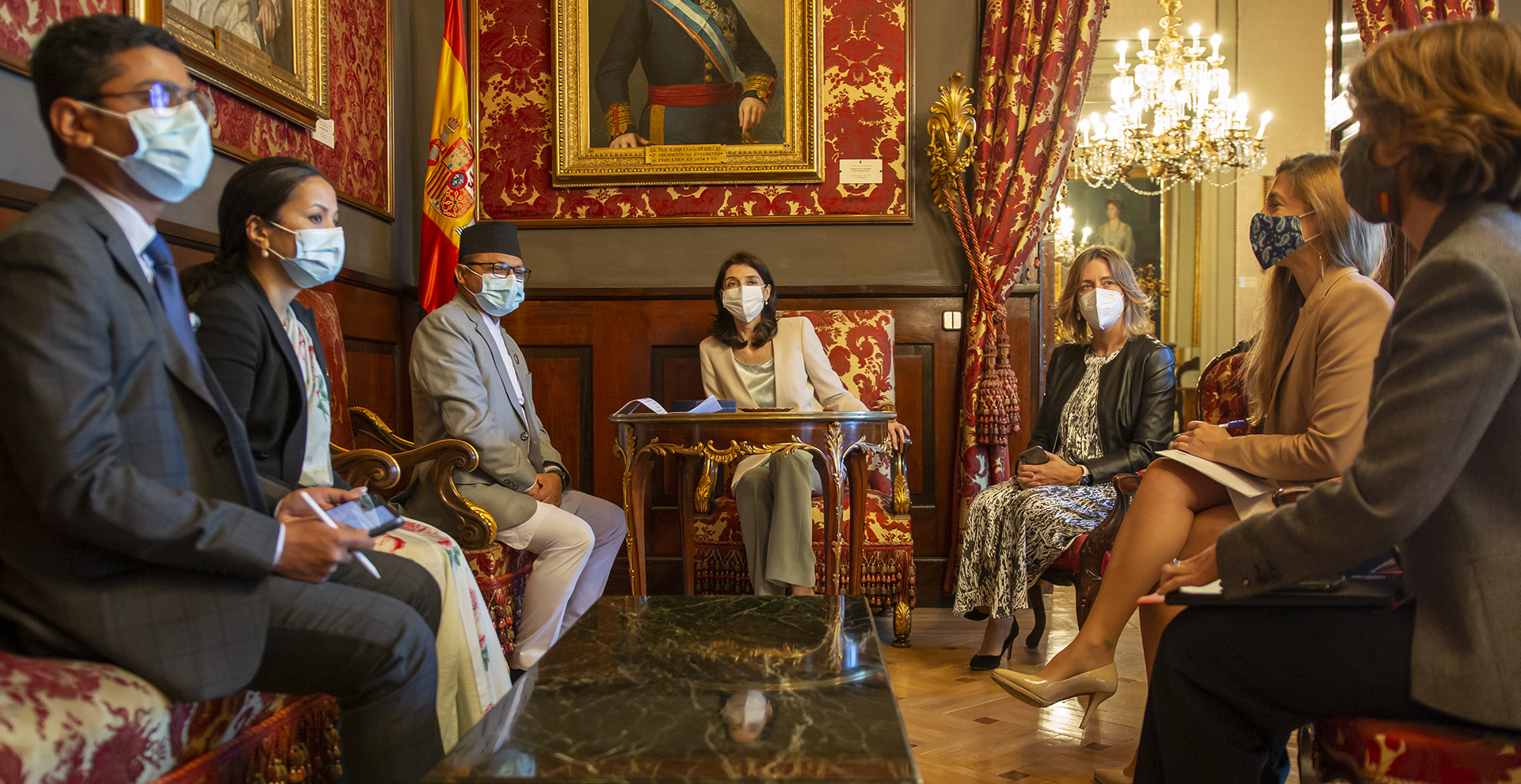 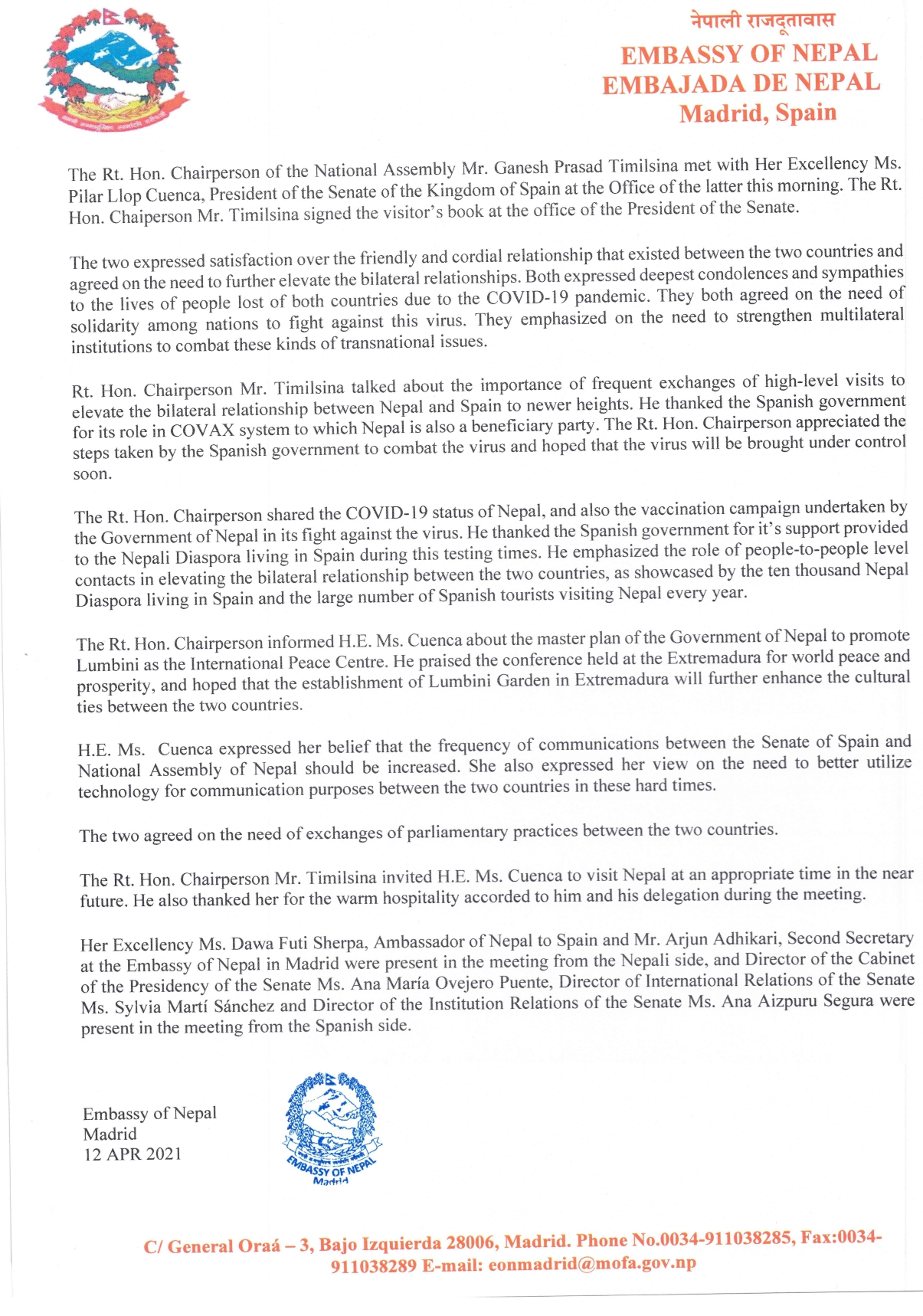